In aviation’s early days, in-flight entertainment was very different from today. The first film was screened on a flight in 1921, but it wasn’t until the 1960s that IFE movies became common. 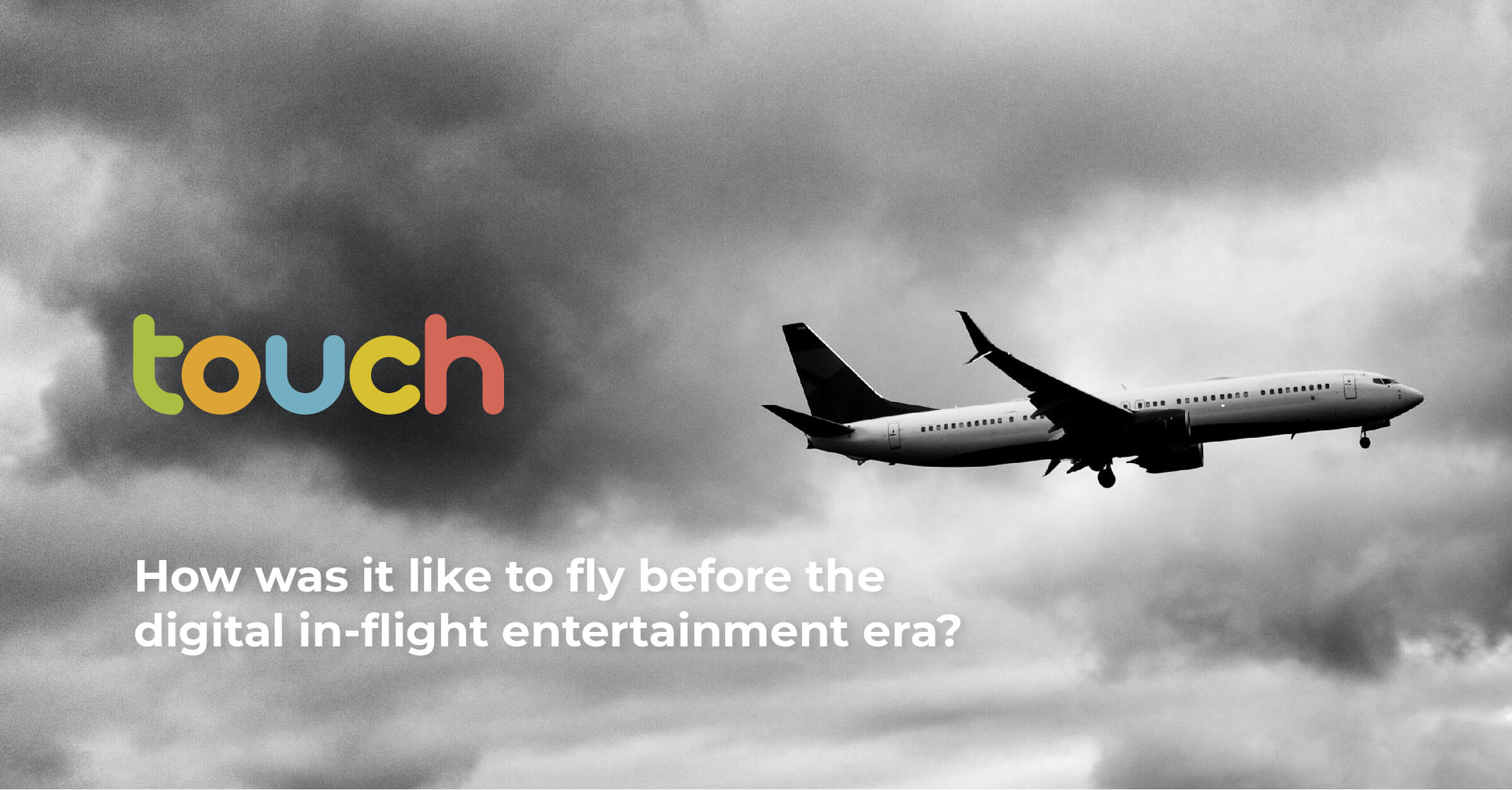 Connectivity, wi-fi, PEDs, seatback screens, content streaming, movies, tv shows, music, games, live tv and radio are pretty standard these days. Especially during long-flights, engaging with onboard content on aircraft display systems is one of the essential parts of staying entertained for so many hours. However, it hasn’t always been like this.

In aviation’s early days, in-flight entertainment was very different from today. The first film was screened on a flight in 1921, but it wasn’t until the 1960s that IFE movies became common, thanks to the development of a 16mm film system for commercial aircraft by David Flexer of Inflight Motion Pictures. Nowadays, travelers have come to expect some sort of entertainment during their flights. But before the advent of modern IFE, what were the expectations of passengers? What did they do to spend their time and to amuse themselves while traveling by air?

Flying was “the” entertainment

Given the latest digital thrills in the IFEC sector, it might be hard to imagine a time where in-flight movies weren’t an option. But the truth is, back in the day, flying was novelty in it of itself. If today flying is seen as a need, a means of transport, in the 60s and 70s, it was a remarkable experience. Even though going to Singapore from the UK, for instance, took 24 hours with three stops, flying was an exquisite event that few could afford.

Traveling by plane in the golden age of aviation meant being treated like royalty. People dressed for the occasion by wearing their best attires. Lovely dresses for the ladies and at least a coat and tie, if not a suit, for the men. Passengers were welcomed by their last name and made to feel welcome and important to the crew.

In-flight entertainment in the golden age

In the following decades after 1921, passengers used their time in the air to read a book, a newspaper, to catch up on correspondence, or even to improve their card playing. Economy seats were wide, comfortable, with more legroom than even some business class cabins offer nowadays. According to records from AirlineRatings.com, when passengers were not reading, they were enjoying a delightful meal. Service on board was impeccable, similar to five-star restaurants, with food served on fine china, silver flatware, crystal goblets, glasses, and linen napkins. The multi-course meals were served by young, single, and attractive female stewards.

For those flying first class, there were pre-dinner drinks in the lounge and after the meal, passengers would have the opportunity to meet and greet the captain. In the coach class, playing games such as drafts was very much appreciated. The youngsters onboard were members of an elite group privileged with tours of the cockpit and detailed explanations of the route by the flight crew. Smoking was allowed too, as was knitting. Ladies used to bring their knitting needles on flights, which today is forbidden.

The rise of technology

Since those times, in-flight entertainment has changed dramatically. It moved towards a one-screen per cabin system to individual seatback video players in the late 1980s, helping keep passengers entertained, comfortable, and happy during the flight. However, seeking improvements is an ongoing process, and in today’s connected world, IFEC is adapting its features to the needs of the modern passenger. Today, these systems offer not only route and live views of the flight but also a wide range of content such as movies, tv shows, live tv, music, games, and more. Connectivity and wi-fi have also become a reality in aircraft allowing passengers to work and check social media from the comfort of their seats while using their own personal electronic devices.

As a Digital Experience Manager, Touch is committed to bringing airlines and passengers a world of global and regional entertainment no matter the technology. We are continuously plugged-in to global, regional, and local content and trends, delivering engagement at the lowest possible cost – doing it with both strong financial responsibility, accuracy and on-time delivery.