Bringing LATAM and Warner Media together

After seeing most of its fleet grounded when COVID-19 was named a global pandemic, LATAM took this opportunity to evolve its IFE experience and embrace a new subscription model with a smart touch. This is the business model put forward by Touch Inflight Solutions. 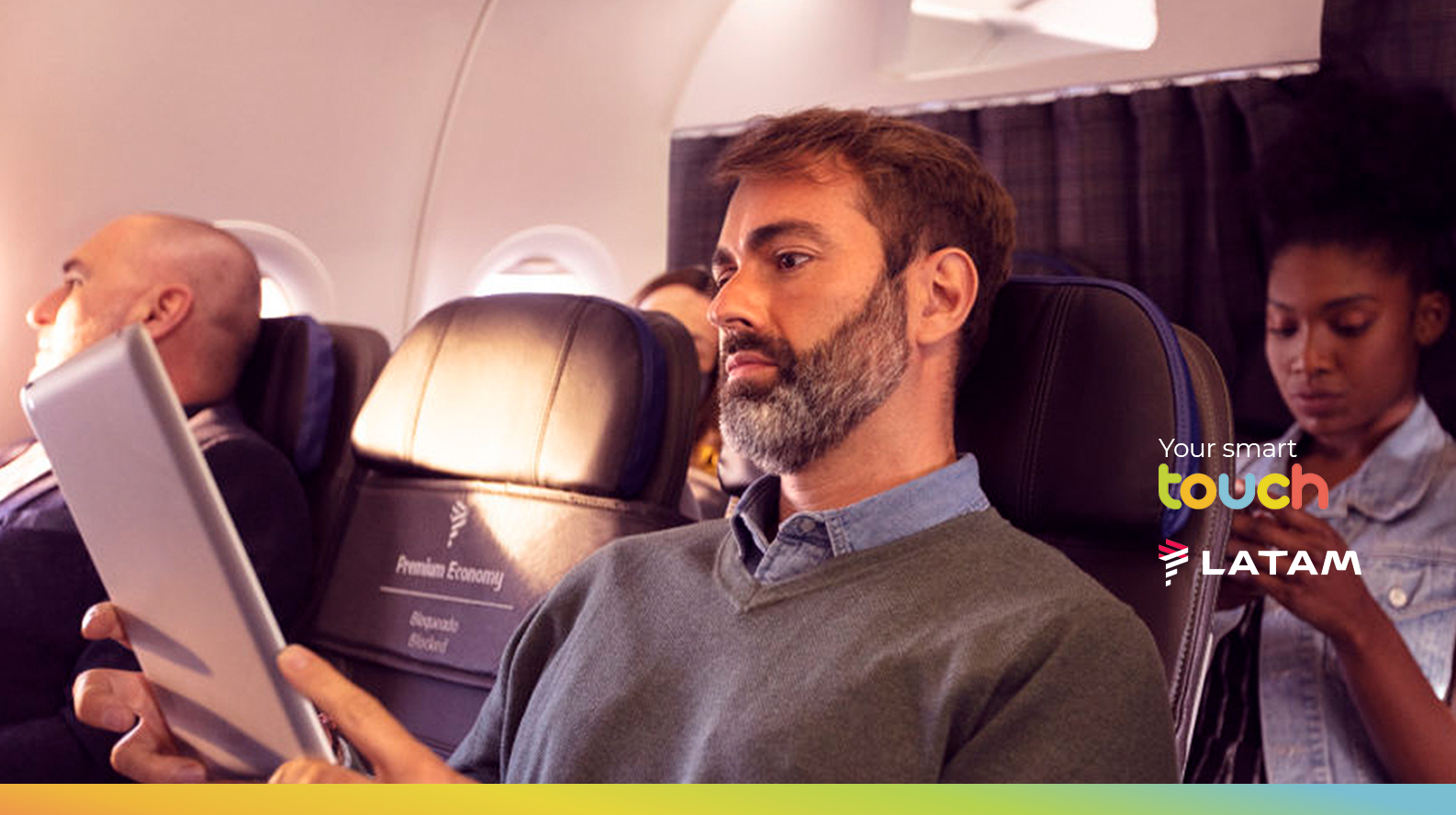 For LATAM, it’s all about giving passengers what they want and expect but also offering them content that is out of the ordinary and unique. This is how the company has won Best On-Board Entertainment Service in the last few years. After seeing most of its fleet grounded when COVID-19 was named a global pandemic, LATAM took this opportunity to evolve its IFE experience and embrace a new subscription model with a smart touch. This is the business model put forward by Touch Inflight Solutions. Subscription packages that automatically adjust based on the operational level of each customer, ensuring operators have broad flexibility, and the ability to turn it on or off to suit their needs. So, what happened next?

While LATAM began to get its bearings, Touch Inflight Solutions stepped in with a flexible 3-letter solution: HBO. Working closely with WarnerMedia, Touch secured the rights to HBO’s branded channel for LATAM aircraft. A premium television network, HBO has been recognized for decades as one of the most respected and innovative entertainment brands in the world. Providing a broad selection of critically acclaimed and audience favorite movies, series and documentaries, HBO and HBO Max have received a whopping 130 Emmy Nominations this year, the most nominations of any network or streamer. This unique asset sets LATAM further apart from the competition, fulfilling the commitment to deliver the best IFE to its passengers in a smarter way.

Ready for takeoff, Touch licensed a personalized package containing Emmy® Winning series Big Little Lies, Chernobyl, Game of Thrones and Succession, and movie Bad Education. Other available series include The Undoing and His Dark Materials, and Emmy® Nominated movie The Wizard of Lies. Since March 2021, LATAM passengers have watched 75.5k hours of this content, racking up 204k unique views. The film Bad Education alone got viewed 14.5k times, entertaining passengers for a total of 11k hours. But the award for most viewed content goes to Chernobyl, with 135k views, 49k hours of streaming and a play-through rate of 60%.

“At LATAM, we work non-stop to keep LATAM Play as best in-flight entertainment experience of Latin America and HBO’s content is a perfect fit to enhance our catalog with award winning movies and series.”

By transforming the IFE model and creating a smarter way of licensing and delivering content, Touch aims to drive cost savings and optimize returns on investment for all its clients. So far, this was just the first step towards a strategic partnership between LATAM and WarnerMedia. The start of a new journey with exciting developments on the horizon. And we will be there to give a smart Touch.